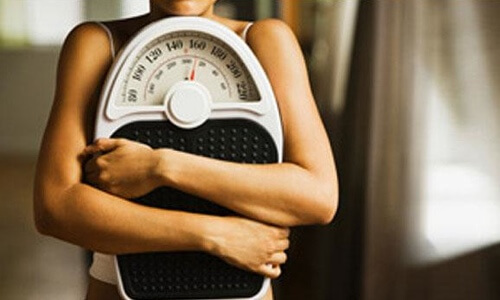 Often people who struggle with compulsive eating disorder and excess weight started out with other types of eating disorders. Many clients who come to us wanting to stop emotional eating with eating disorder therapy tell us that earlier in their lives they were hospitalized for anorexia. They were able to restrict their food intake as teenagers, but at some point began to binge and lose control of their food consumption.

Many anorexics turn to bulimia as a means of controlling the effects of their high caloric binges. Unfortunately, purging one’s food doesn’t always ensure weight control. Many bulimics cannot control their weight in spite of their extreme efforts and end up overweight. Even if they manage to stop the purging behavior they typically can’t stop the bingeing, and they continue to struggle with their weight, and with binge eating disorder, throughout their adult life.

Eating disorder recovery is possible if a person addresses the underlying causes of the eating disorder. Facing the pain of one’s past, developing self-confidence and self-esteem, adopting a meditation practice to decrease stress and anxiety, connecting on an emotional level with people who have experienced and overcome the same problems, and finding productive ways to get out of one’s own headspace, such as doing various kinds of service for others, are all ways that those seeking eating disorder recovery can find peace. Daily action to learn and grow emotionally will pay great dividends of health and healing.

Your Eating Disorder Recovery Can Begin Today With The Nelson Method

The Nelson Method will provide you with the opportunity to liberate yourself from the negative and destructive habits that are behind your eating disorder. Each stage of the holistic healing process in instrumental for your recovery. The first step involves identifying the problem followed by a personal discovery exploration and a release of the negative energy. Then the real healing begins when you shift your consciousness towards a new pattern of healthy living. The Nelson Method is designed for those struggling with addictions to understand their own “soul sickness” and learn how to achieve total freedom from it.

If you, or a loved one, are suffering from an eating disorder and/or other addictions and are ready to begin your healing journey, please call us at 800-609-4061 for more information regarding The Nelson Method – 28 Days to Freedom. You’ll be glad you did!

Why Weight Loss is a Bad New Year’s Resolution
January 7, 2016